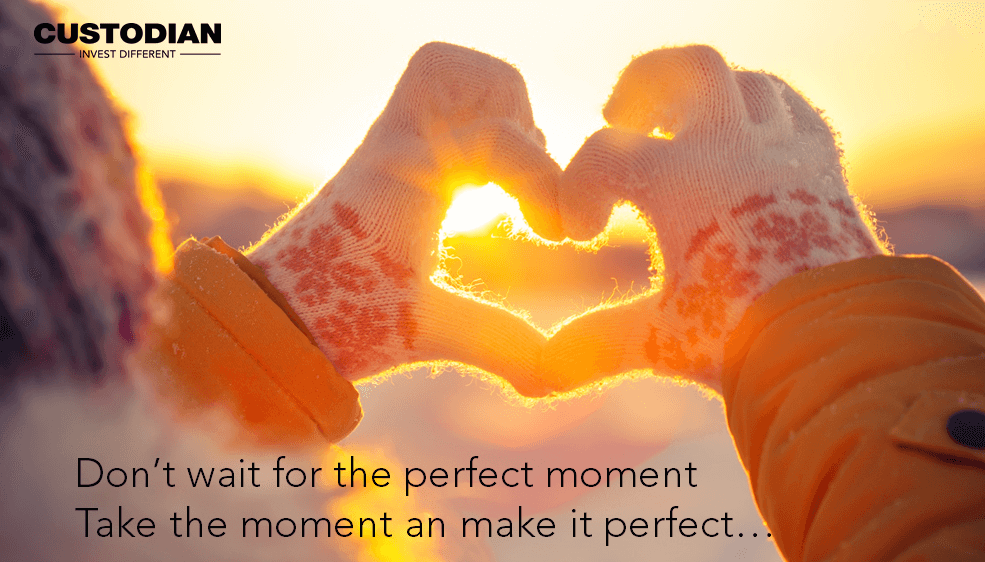 Our regular newsletters focus on the numbers which I am a big fan of, but lately I realized that we could be missing some heart and soul in our communication with you.
Heart and Soul are after all the two ingredients that underpin success. “For as he thinks in his heart, so is he” (Proverbs 23:7Amplified Bible). As Toogoolawa celebrates their 25 year-anniversary, I reflect on the true reason behind what we do, why it matters, and why I started this venture 25 years ago.

I actually started Custodian 8-10 years after I founded Toogoolawa, as a means of creating a circle for the true “WHY” build wealth? I know many of you have visited the school and hope that, like me, you have been inspired by the evolution since the early days. It’s relevant because we all need some positive motivation in our lives.

I read an interesting statistic that 96.5% of people’s time spent on the internet is surfing and only 3.5% contributing; however a lot of the contributing is basically “Trolling”. A Troll is someone who uses the Internet to vent; Time magazine actually had a great article on how “trolls are ruining the internet to a culture of hate”. Very interesting article, and sad at the same time.

We need to stay positive. When Napoleon Hill wrote “think and grow rich” he observed that all the successful people he used as case studies had one thing in common: they worked daily at creating positive thoughts. This is through all sorts of setbacks. I think it’s more than that, as we have learned while coaching traumatised boys at Toogoolawa.

We need goals of the heart. Toogoolawa means a place in the heart. We work to give those boys the tools to think differently and have a more positive image of who they are and all the things they can achieve if they take the very best out of everything – including themselves (glass half full).

At Custodian, in just over 20 years, we have generated an astounding number of clients that own 4 or more properties. It’s astounding because there are only 0.13% of Australians with 4 or more investment properties; As one group, I am sure Custodian represent the largest portion of those.
If I had to sum it up in one discipline: it’s to always keep moving forward.

Hi John, Been to your school n read the books on Toogalawa… the project u undertook for the boys r not meant for the faint-hearted.R u still getting the support from the SAIBABA group? All good works r God’s work. GodBless n may u b fulfilled both materially n spiritually in your life’s sojourn… OMNAMASHIVAYA.

It is good to be reminded to think positive throughout life

Keep up the good work I enjoy reading your articalls

Again, thanks and have a great week.

The Toogoolawa story is an incredible story …an inspiration

Very encouraged and inspired by your great vision and what you have meant to so many people: lives changed! Keep up the good work!

I am proud to be a custodian.

The rewards have been so many in just six years:

the many untold kindnesses coming my way;

kindnesses not just from but especially from the commander in chief;

kindnesses from the team at Custodian, every single day

i could go on and on;

here’s one more; i wouldn’t have a home to come home to without you;

and another whilst i think of it:

you help me feel so very very blessed.

I believe you are heaven sent, and i can never thank you enough.

Oh, and by the way, we as a species have a special vocation that i am proud to own up to:

It’s a “uuuge” blessing and responsibility if you can grasp sight of it.

That’s a heart and soul thing.

Be the change you want to see in the world. (Mohandis Gandhi)