Teachings from the Top: from Queensland’s 8th richest man

Teachings from the Top: from Queensland’s 8th richest man 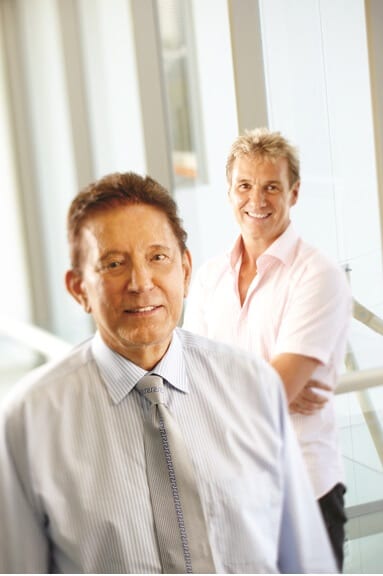 As the old saying goes, ‘two heads are better than one’. Finding a mentor who has already taken your journey and achieved similar goals to yours is a tried and tested way of achieving success and reaching your full potential.

Mentoring certainly has a significant place in history, with origins dating back to ancient Greece. According to Greek mythology, when Odysseus went to fight in the Trojan wars, he left his young son in the care of a wise elder called Mentor.

An able mentor can be incredibly influential. Take the third richest man in the world – and undoubtedly the world’s most successful property investor - Warren Buffett. Businessman Benjamin Graham had been Buffett’s idol ever since the budding investor read his book The Intelligent Investor as a youngster. Buffett thought this was the greatest book ever written, and later attended Columbia Business School because Graham was a professor there. After receiving Graham’s guidance and coaching throughout his studies, Buffett offered to work for him for free upon graduating. Graham refused, instead offering him a position at his company Graham-Newman Corp. The two maintained a close alliance until Graham passed away in 1976, and Buffett has gone on to amass a fortune of $44 billion.

“Mentoring is so important. You can’t underestimate the value of having someone who’s behind you, giving you advice and encouraging you. I wouldn’t have achieved as much as I have without my mentors,” John says.

Custodian CEO, esteemed property developer and philanthropist John Fitzgerald is the ultimate advocate of the importance of mentors, and whilst he himself acts as mentor to numerous clients, he too has his own mentors who have, in John’s words, helped shape his success.

“Mentoring is so important. You can’t underestimate the value of having someone who’s behind you, giving you advice and encouraging you. I wouldn’t have achieved as much as I have without my mentors,” he enthuses.

John has learnt a great deal about business — and life — from property developer Nev Pask, a man John has been turning to for advice for the past 25 years.

One of Australia’s most prominent and successful property developers, Nev Pask has built 1,500 homes and is chairman of an incredible 25 companies. A shrewd investor, Nev bought his first piece of land aged 19, and is today worth $656 million, placing him at number eight on the Queensland Rich List. His philanthropic causes include the Police Citizens Youth Club, Zoe Reed Hospice, Royal Children’s’ Hospital and the Brisbane Lord Mayor’s Community Trust.

Nev Pask’s journey has taken him from the economic uncertainty of life on the land to the financial security of a real estate empire. But at no stage on that journey did he lose sight of a core belief: happiness is not a destination to arrive at, but a manner of travelling.

“Do one thing and do it well. Know it intimately. Know the people, know the players, recognise the opportunities.”

As a young man working on the family farm near Mt Larcom in Central Queensland, it soon dawned on Nev that farmers were at a distinct disadvantage in the business of agriculture. As long as success depended on the whim of the produce market operators in Brisbane, or the vagaries of the weather, it was clear to Nev that farmers could never really be in control of their financial futures. Thus at an early age he decided that life on the land was not for him.

“I had to get up at 4 o’clock in the morning to get the cows in before going to school, and then pick the tomatoes. And we had to make up the cases to put them in!

“It’s famine or feast, the farming business, so I told my father: I’m going to be a businessman.”

“It’s not always the best sportsman who wins: it could be the one who has trained best.”

As one of Australia’s most successful property developers, Nev was happy to impart his knowledge to a keen and enthusiastic person just starting out in the industry.

“One of the reasons I want to help others is that I didn’t have anybody to help me in the early days,” he says. “When you’re a boy from the bush and you hit the big smoke, there’s no one there to help you along.” Nev had to blaze his own trail in his early business life, and he recognised a like-minded protégée in John Fitzgerald.

For Nev, mentoring offers the opportunity to give something back — and he was never concerned that he was building up a potential competitor. “John is enthusiastic and wants to be successful. He also wants others around him to be successful, and he gets enjoyment from that. That’s what keeps him so young…. and he’s going from strength to strength,” Nev says.

John and Nev first met during a land deal in south east Queensland in 1984 — and John was immediately struck by his openness and integrity. “You meet a lot of people in business who are successful or wealthy, and they’re often grumpy,” reveals John. “They’ve got no time for anybody: they’re always busy and cut you short. But Nev is always positive and he’s always got time. Whenever I’ve rung Nev in the past 25 years, he’s always had time to listen.”

“That’s one of the things I learnt from Nev right from the outset,” John continues. “Always be positive with everybody you meet, because you never know who they are. Give everybody the benefit of the doubt.”

Nev remembers well his first meeting with a young and eager John. “I’m always excited to see young, ambitious people — and John had plenty of that! There was no way he was going to be anything but successful. He had the great ingredient of persistence,” reflects Nev.

When John first went into property development, he not only did business with Nev, but on one occasion he made a significant profit from one of their deals when he on-sold a subdivision. When Nev found out, John thought he’d never talk to him again. But to the contrary, Nev congratulated him, and was glad to have given John a start.

“He probably doesn’t even remember it — but it meant a lot to me,” John recalls. “That’s a real sign of depth of character: when you make money and they’re just happy for you.”

John lists three key lessons he has picked up from Nev over the past 25 years, all of which have played a major part in his own success. The first is discipline, something Nev picked up from his early days working on the family farm in central Queensland.

The second is personal health. Nev strongly believes in following a personal health regime to make him a better and more effective businessman. He doesn’t eat meat, he doesn’t drink and he doesn’t smoke. “I wouldn’t be where I am today if I didn’t keep good health,” Nev affirms.

The third lesson is to keep everything in perspective. People often fall into the trap of taking things personally in business. “In some ways, you need to treat it as a game,” John advises. “You can’t afford to take it personally. You win tenders; you lose tenders — but tomorrow is always another day.”

Nev agrees. “It’s not always the best sportsman who wins: it could be the one who has trained best. Entrepreneurs have to cultivate good health and a clear mind. I’m better able to make decisions quickly if I’m feeling good and my mind is clear.”

John says that these three lessons are tightly bound together and form a solid basis for success. “Business is a 24/7 thing now. You’ve got to be available for opportunity. Disciplined with your health and disciplined with your debt. You can’t afford to think you’re invincible.”

John praises Nev’s straight forward approach to property developments and business in general. “Do one thing and do it well. Know it intimately. Know the people, know the players, recognise the opportunities,” he agrees.

John also picked up another valuable tip from Nev, which he applied to his own business thinking to great effect. Nev was an early pioneer in the development of Redcliffe, a now booming bayside suburb to the north of Brisbane. He was selling a 2000-lot subdivision in the town — and such was the demand, he’d sell people one lot, then tell them they could come back in a year or two and buy another one.

“That gave me the idea that if you could show people the benefit of building up a portfolio steadily over time, they could do really well,” John recalls. “And a lot of that was the basis for my book, 7 Steps to Wealth, and the basis on which Custodian has helped thousands of Australians get started on building their own property portfolio.”